Colby walked into the media event, unannounced, wearing his interim belt across his shoulder. 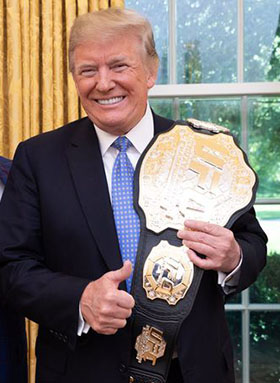 I’ve got the hottest brand in the world.

Consistent with his previous appearances, Covington started off with a controversial statement. “There’s always opposition when you do something big. I do many things that are controversial. When people see it, they love it!”

Later on, ESPN’s Ariel Helwani grilled Covington about making weight. “Mr. Covington? I’d estimate you’re about 240-250 lbs. right now. Are you going to be able to cut 80 lbs by November 2?” Visibly annoyed, Colby dismissed Helwani (as many are apt to do). “I don’t like losers,” he said. “Next question.” 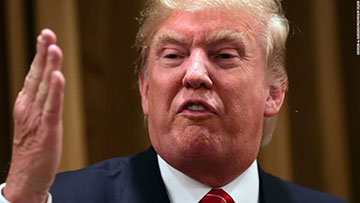 Covington continued the event, at times playful with the press. “I’ve always won, and I’m going to continue to win. And that’s the way it is.” At other times, he was less playful. In responding to Luke Thomas, host of the MMA Hour, Colby said, “Do you mind if I sit back a little? Because your breath is very bad.”

Over the course of a 20 minute soliloquy, the former Interim champ riffed off the top of his head:

“In the end, you’re not measured by how much you undertake but by what you finally accomplish.”

“People love me. And you know what, I have been very successful. Everybody loves me.”

“Without passion you don’t have energy, without energy you have nothing.”

“My whole life is about winning. I don’t lose often. I almost never lose.”

He also made some remark about “African shithole countries” but his exact words could not be determined.

Seemingly satisfied with his performance, Colby Covington left the media event and proceeded to board a nearby private jet. “Private jets cost a lot of money,” he bragged.

In a related story, President Donald Trump (and friend of Colby Covington) gave an impromptu press conference in the Oval Office. Looking surprisingly fit for a 73-year-old man, Trump bragged about his chances in the next election. “My pace alone is unstoppable,” he said. “No one can keep my pace. I’m the ultimate professional.”

When asked about a recent stream of tweets poking fun at almost everyone, Trump said, “My schtick is trolling people. I love getting a rouse out of people and making them angry.” He added, “I know I’m going to lose friends, and I’m going to go on the road less traveled with less people. But at the end of the day, I’m not trying to make friends.” 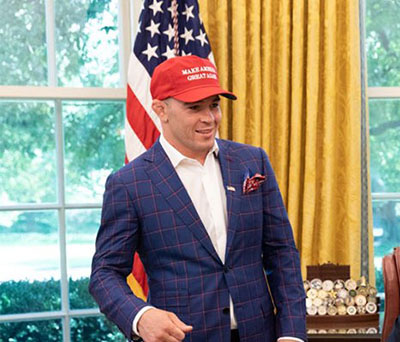